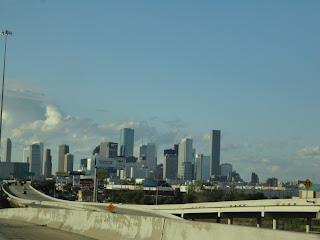 This is my second trip to Houston record shops. All of the shops featured here are the best / most worthwhile in my opinion. 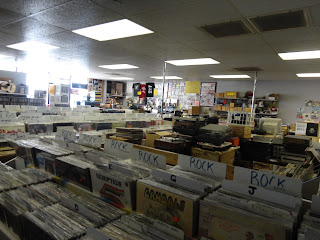 Vinal Edge Records -
This shop is a diggers paradise, otherwise known as a mess. It appears the owner is out of space, there are LP's and misc other stuff piled up all over. I will say this though, even though this place is a pain in the ass the dig through, there are gems buried here. The prices at Vinal Edge are not that cheap but there are some deals to be found. There are LP's on the floor under the bins that are not yet priced so if you find something there, the owner dude is going to get on eBay right in front of you, while you wait and see what market price is. This I don't like. Ebay auction values are not reflective of local prices, or at least they shouldn't be.

Anyway, I found a few goodies this trip. An Iggy Pop radio promo LP from 1977. A Judas Priest "Sin After Sin" LP with a cool sticker on the shrink. A Bowie and a Pistols boot. A PIL New Zealand pressing and two Pearl Jam promo posters as well. All genres are here, punk, metal, rock, jazz, you name it. Be sure to check condition as I found that some of the LP's had scratches on them. Collectible LP's are on the wall in the back and behind the register. The store has a Houston address but it's a bit of a drive from downtown. This is one of those shops where the owner just doesn't take enough pride in his shop presentation, nice guy, good shop but the shop needs some serious organization. 13171 Veterans Memorial Drive. Highly Recommended. 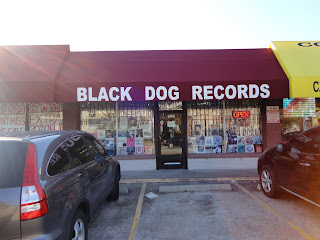 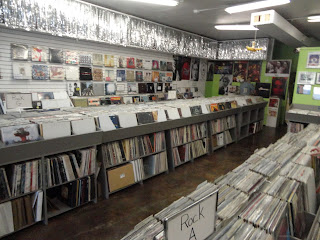 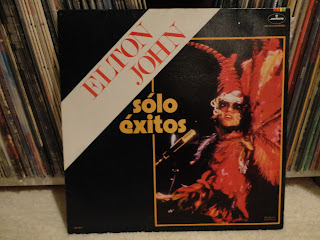 Black Dog Records -
Cool shop. The owner is really friendly. Prices here are like the rest of the Houston shops, they are not giving this stuff away that's for sure. This time around I picked up an Elton John Mexican pressing. There wasn't much else here I wanted this go but the selection is pretty good here. Cactus, Sound Exchange and Black Dog are all pretty close to each other. 3804 S. Shepherd. Highly Recommended. 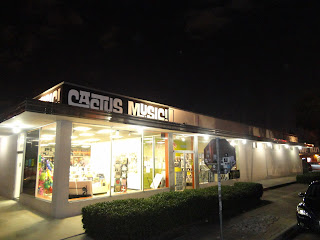 Cactus Music -
This is a good medium sized independent record shop. The night I was here I saw some ads for an upcoming Johnny Winter in store signing. They also have a small stage so they must do live gigs too. There are plenty of new and used CD's. The LP's are located in a side room. There are collectible ones on the wall and they have a bin entitled "Fan Club Releases", otherwise know as bootlegs. High prices on these starting at $30. I found a WHO boot this trip but that's about it. 2110 Portsmouth. Highly Recommended.

Sound Exchange -
This shop is an old house. I was here about 3 years ago and purchased about $100 worth of awesome Bowie LP's. I was with two female friends. One of them really had to use the restroom, she asks the dork working there if she can use it. "No sorry the restroom isn't for the public." OK, so as I'm finishing up my transaction she goes around the back of the old house and in broad daylight pees there. Pretty funny, she's a hippy chick so no big deal to her, but what a lame policy.
Three years later, here I am again. I park around back and wouldn't you know it, I have to take a piss. I know there's no point in going inside and asking to use their toilet, so.....in honor of my friend Lindsey, I took a wiz right there in the same spot.
Alright, now that I have relieved myself on your house, let's get down to some record shopping. I walk in the old house. There is a somewhat middle aged dude sitting there staring at his computer monitor. He never looks up. Never says a word to me. Never acknowledges my presence. It was like I was the invisible man flipping through all of his LP's and moving around his shop snapping photos and looking at shit and then after about 30 minutes, I leave. He never says anything at all and the whole time and I'm the only person in the shop. It was kind of strange. I didn't find anything this time but thanks for the use of the "restroom". 1846 Richmond. Recommended. 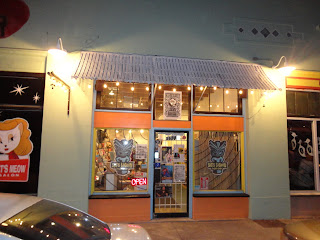 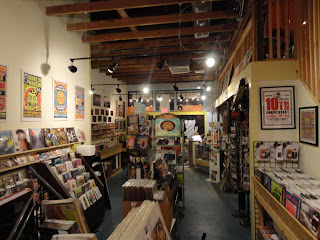 Sig's Lagoon -
This shop is near downtown. There are a few trendy shops near Sig's, tattoo shops and so on. Sig's is an interesting place to visit but there isn't much in way of used vinyl here. There are some new CD's and LP's lots of tiki stuff and other cool things to look at. The used LP's are upstairs with the used Hawaiian shirts, etc. The vinyl is common and over priced. 3622 Main st #E.
Posted by The Vinyl Record Collector at 1:42 PM 10 comments:

Rhino Records -
Located about 40 miles due east of Los Angeles in the Claremont village just a couple miles north of the 10 freeway. I've been going to this shop since the 70's when it was in a smaller shop in the back next door and owned by the label. There was one in Westwood and one in Claremont. The label sold both locations to someone else, in the case of Claremont it was bought by a store manager. The Westwood store closed it doors for good a couple of years ago but Claremont is still going strong. They have a good mix of all genres in both new and used, if they don't have it they can order it for you. Knowledgeable staff. There is usually something good in the used vinyl section. They have the more high end collectible vinyl on the back wall now. Get on their email list and you can catch a 10% or 20% off sale there typically on or near holidays like new years and 4th of July. Rhino also own the Video Paradiso shop next door which have lots of cool DVD movies for sale and for rent. They also own the Mad Platter shop out in Riverside which is a much smaller version of Rhino. Sometimes they have live bands play in the store on a small stage they have in the rear of the store. 235 Yale Ave Claremont. Highly Recommended. 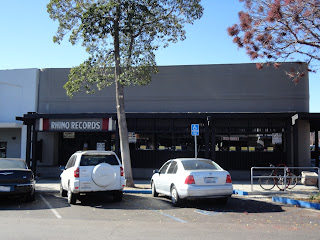 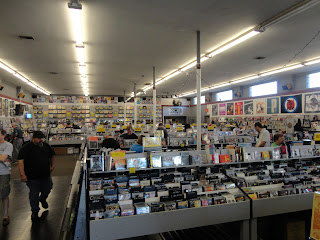 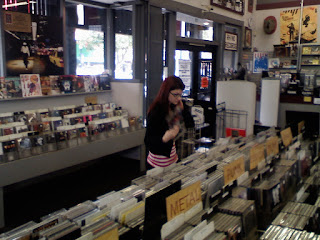 CD and Record Expo -
This event is held twice per year. It is a mix of dealers from Pasadena and some from Orange County so if you go to both of those you don't need to go to this one, this one is small but cool. Held in February and September and put on by KSPC the college radio station. 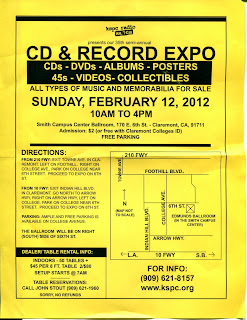 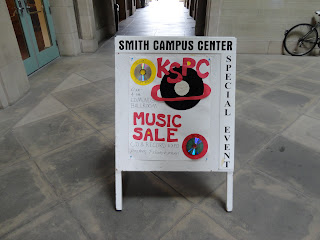 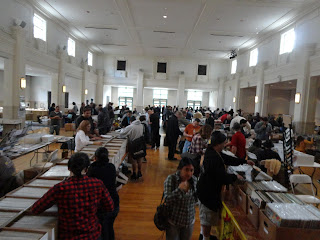 Posted by The Vinyl Record Collector at 3:45 PM 3 comments: