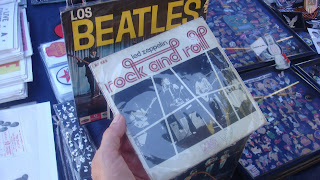 2010 October. Barcelona, Spain  You can find cool stuff like this at flea markets, this guy had his high end records for sale at a antique flea market down by the harbor. Don't try taking the record out of the sleeve though, you'll get yelled at. He also has a small shop. He must be very proud of his records because they are super expensive and some are super scratchy. 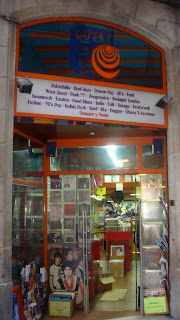 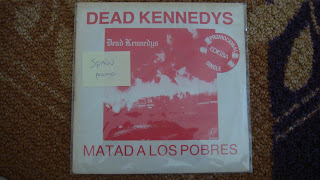 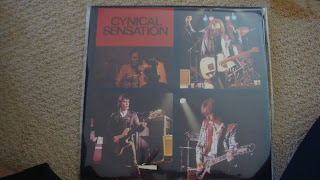 For vinyl, I found that there are about 4 shops worth going to in Barcelona. Wah Wah, (pictued above) Riera Baixa 14 08001 Barcelona. which is a good shop. Picked up a Dead Kennedy's promo 7" and a few cool boots like The Pretenders and The Tubes, quite a few Spanish pressings as well. Also, Revolver, Impacto and Edison's. Edison's was my favorite. I spent lots of time and lots of money in that shop. Impacto and Revolver are owned by the same people. Revolver has vinyl upstairs, I found some gems there. Edison's had the best prices and a good selection. I was mainly after Spanish pressings and found plenty in Barcelona, don't expect too many bargains though. 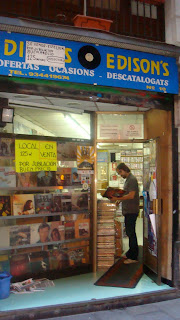 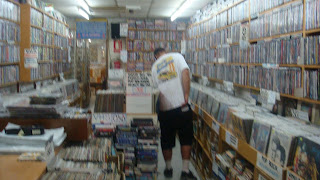 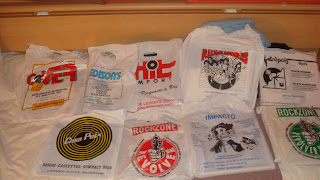